IFB has been actively involved in conservation planning efforts surrounding the monarch butterfly and other pollinators here in Illinois for a number of years.

This includes serving on the technical steering committee of the Illinois Monarch Project as well as other county and state-level projects. 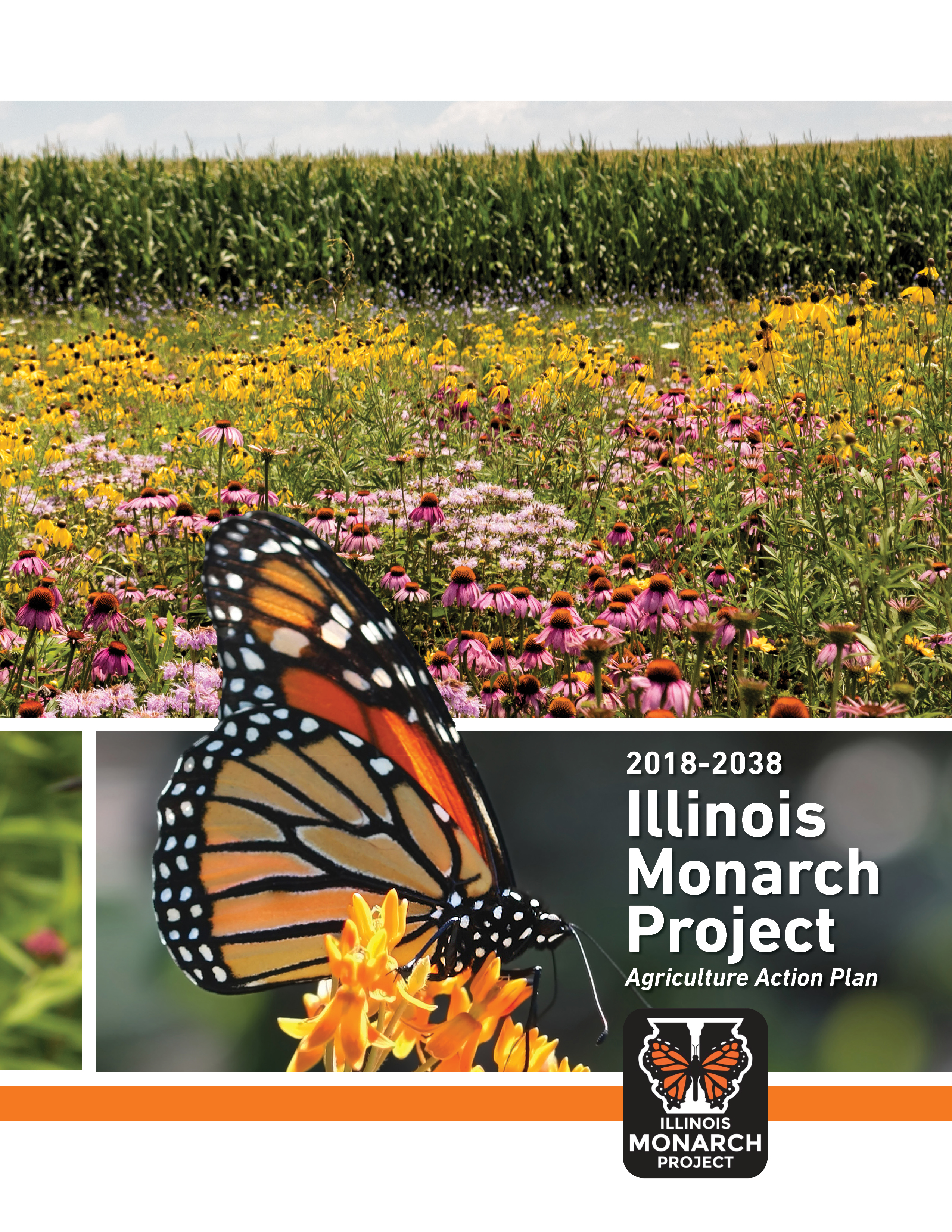 Illinois agriculture has had numerous successes in sustaining monarchs in the recent past. These successes have centered around education and outreach, habitat work, and science and research. Education stemming from many years of collaborative work across the state has increased awareness of the monarch issue to farmers, city residents and land managers up and down the state. Illinois farmers have been installing and improving pollinator habitat on their farms for years and the monarchs and many other pollinators are seeing those benefits. Illinois has one of the highest adoption rates for installation of pollinator habitat acreage through the CRP, ranking second only to Iowa. From 2012 to 2018, the acres enrolled in the CP42-Pollinator Habitat practice has increased by more than 300 times, resulting in more than 100,000 acres of habitat across the state.

The following resources were produced by a variety of Illinois stakeholders to provide additional detail about our work on this important issue: