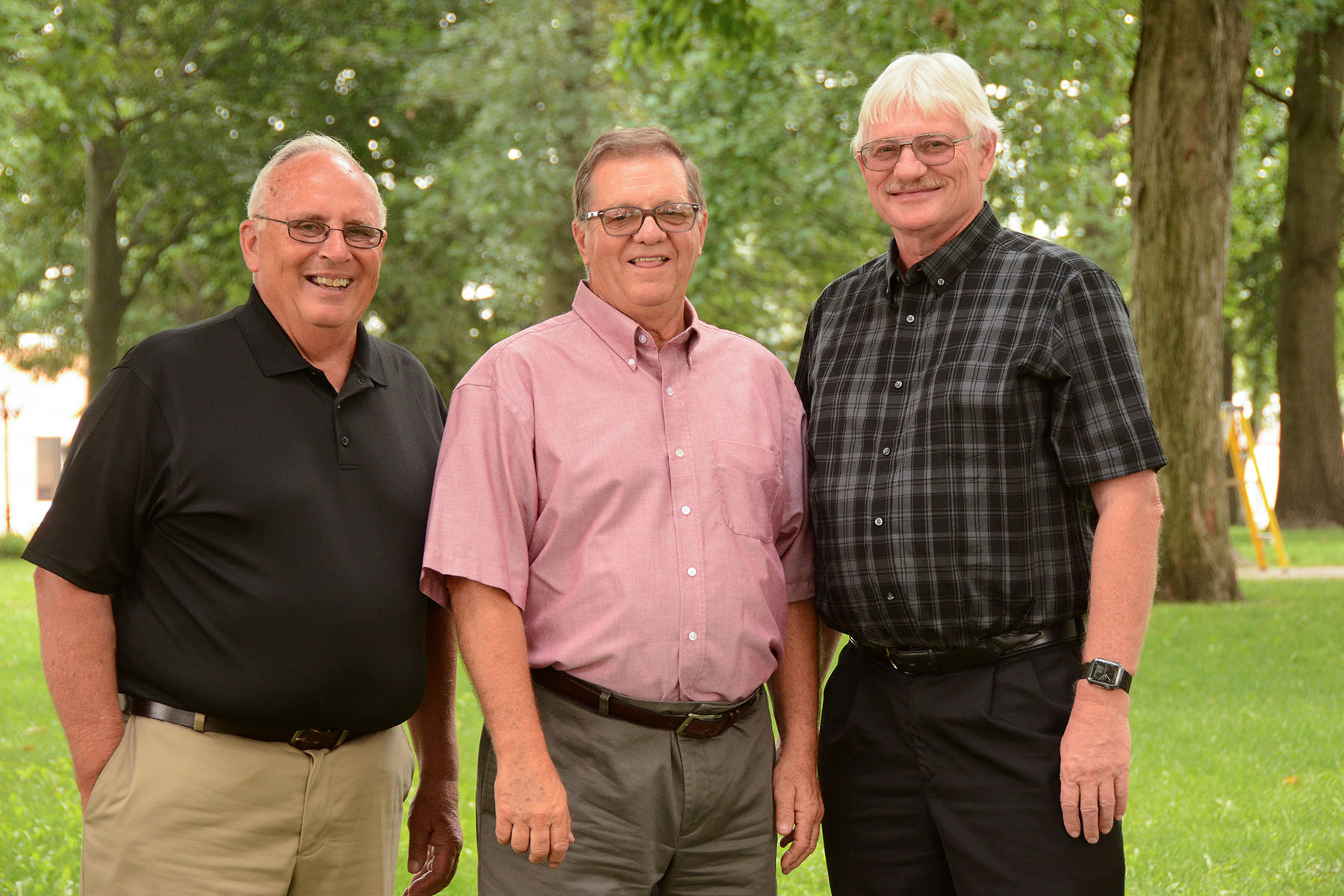 Kenneth Hartman Jr. of Waterloo, Kent Hodel of Metamora and Paul Taylor of Esmond will be honored Sept. 2 at the magazine’s annual recognition program during Farm Progress Show. The award recognizes exceptional agricultural production skills, commitment to family and a service-minded commitment to community. GROWMARK is a financial sponsor of the award.

“The Master Farmer award is Illinois agriculture’s lifetime achievement award,” says Holly Spangler, Prairie Farmer editor. “These farmers are at the top of their game, and this award is based on their entire body of work in the field, in the family and in the community.”

Hartman has always had a passion for crop and dairy production but coming back to the farm was not his first job out of college. After graduating with a computer programming degree from Bryan Institute in 1982, he worked at Magna Bank in Belleville as a computer operator. After balancing working at the bank and helping on the farm, and as an only child, his parents asked him if he would come back to the farm. Hartman joined Glendell Farms full time with his parents, Kenneth Sr. and Joann Hartman, in 1983. At that point, the family had a 150-head registered Holstein dairy operation and 700 acres of crop land. He continued to grow his farming operation and his family. His wife, Anita, joined the family in 1992. After his father died in 2009, Hartman stepped up to help Joann head the operation. Today, the family has expanded to 4,000 acres of corn, soybeans and wheat. And his computer programming degree is still paying off. It’s what’s driven his interest in technology and kept his operation as the forefront of precision agriculture.

At only 18 years old, Hodel accepted an offer to farm 80 acres. It was that decision that set his farming career into motion. One year later, in 1970, he created a partnership with his father, Harold Hodel, on their 240-acre farm of corn, soybeans and wheat near Metamora. This made Hodel the third generation to join the farm, along with his wife, Janet. To add an additional income stream, the couple added Hodel’s Eggs, a poultry and egg production enterprise that delivered to local businesses. In 1994, Kent decided it was time to move on and retire from the poultry business. His focus then shifted to his family. The chicken house was remodeled in 2010 to create a space for family gatherings. The couple has four children and 12 grandchildren. Today, Kent and son Eric are partners in Quarter Mile Farms LLC. The 1,200-acre operation consists of corn, soybeans, hay and 50 head of polled Dorset sheep.

Taylor has raised corn, seed corn, soybeans, lima beans, peas and sweet corn. He’s finished hogs and cattle. He’s delivered crops to seed plants and ethanol plants. And he’s served the agricultural community at the county, state and national levels, from two different states. He began farming with his brother in the early ’70s near Esmond and then moved across the border to farm in Wisconsin. Fifteen years and a master’s degree later, he’s back on the home farm. He and his wife, Barb, raise 800 acres of corn and soybeans for the local seed and ethanol markets. He’s known for adopting technology on the cutting edge but not the bleeding edge, and for being the first to show up for his neighbors. Paul and a neighbor pioneered an equipment-sharing partnership in the early 2000s that served both parties well for 15 years. He’s also implemented a variety of conservation measures on both farms, including 20,000 feet of terraces in Wisconsin, and drainage tile, strip till and no-till in both places.