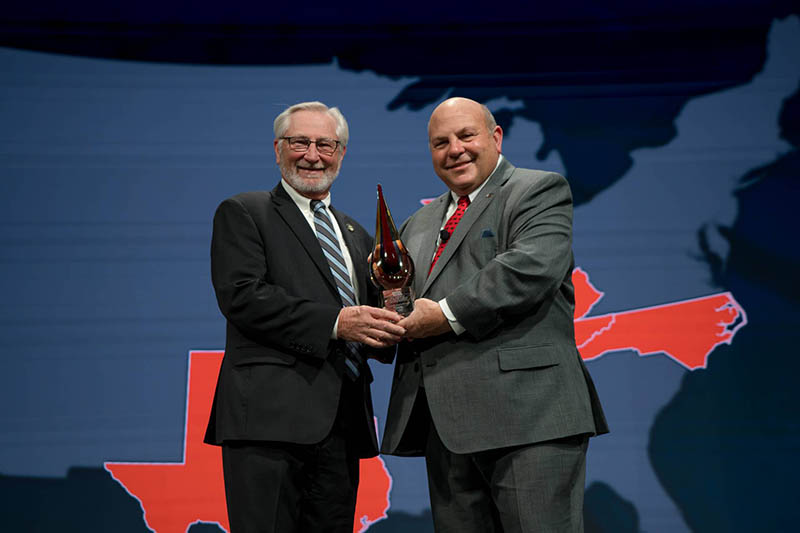 "What an honor for Illinois Farm Bureau to receive the New Horizon award," said IFB President Richard Guebert Jr., who accepted the award in Atlanta on IFB's behalf. "It speaks to the ability of county Farm Bureaus and staff to work together on behalf of our members to lift the issue of mental health to the forefront. County Farm Bureaus have worked nonstop to bring resources to our members. Many thanks to GoTeam member Adrienne DeSutter and husband, Drew, for their leadership in this topic."

IFB was also recognized for exemplary financial support of the American Farm Bureau Foundation for Agriculture at the AFBF convention, receiving the following awards: