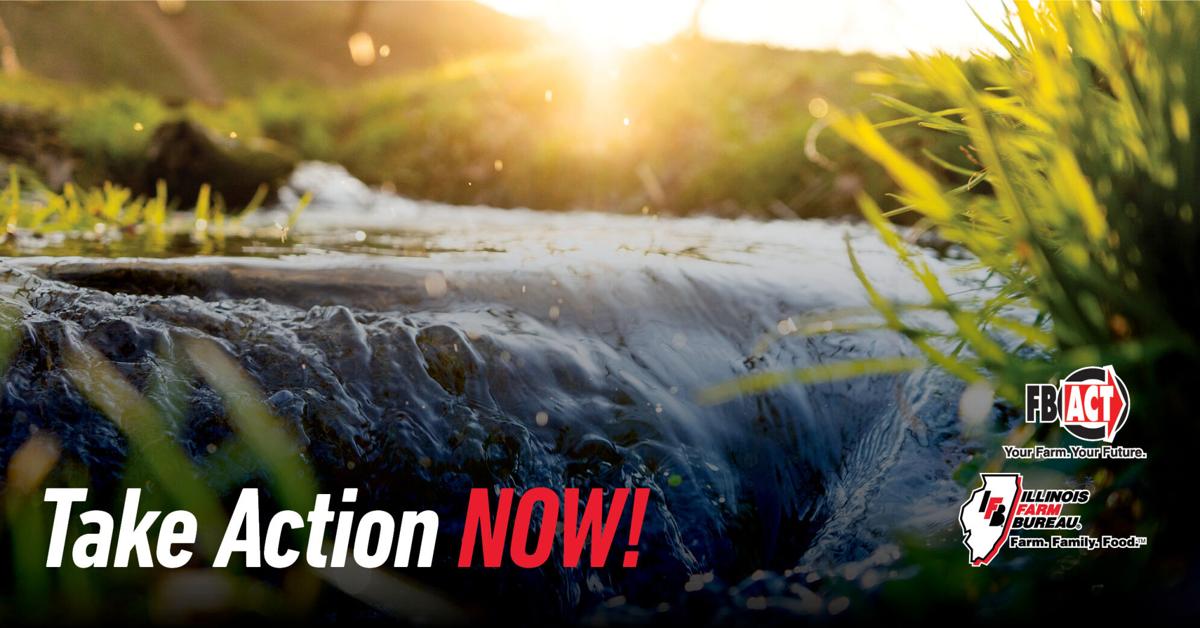 Illinois Farm Bureau issued an action request Wednesday morning, asking FB ACT members to urge the Biden administration to withdraw its proposal to return to a previous definition of "waters of the United States."

The regulation, proposed in November by the U.S. Environmental Protection Agency (EPA) and U.S. Army Corps of Engineers, would repeal the 2020 Navigable Waters Protection Rule (NWPR), re-establish the definition of WOTUS to what was in place from 1986 to 2015 and broaden the federal government's authority under the Clean Waters Act (CWA).

The suggested changes would ultimately cast uncertainty over farmers and threaten the progress they've made to responsibly manage water and natural resources. IFB urges members to advocate for a consistent, clear and fair rule.

Members should also be concerned with a pair of measures in the proposed rule — a revised significant nexus test and an amended Prior Converted Cropland (PCC) exclusion — that could result in "some heartburn," according to Lauren Lurkins, IFB director of environmental policy.

The former is a case-by-case test that allows the agencies to regulate ditches, ephemeral features, or low spots on farmland and pastureland that “have a more than speculative or insubstantial” impact to a navigable water.

The test also allows the agencies to aggregate waters that are “similar situated,” enabling them to expand their reach, capture entire watersheds and make moving dirt, plowing or building fences subject to regulations.

While the proposed rule would retain a longstanding exclusion for PCC, it would also reinstate the original 1993 PCC definition — one that created confusion nationwide when it was introduced — and require landowners to obtain a USDA certification to receive the exclusion.

"This is not a ... theory that [the proposed rule] could be a threat — it very much is a threat and has been a problem for many of our members," Lurkins told the RFD Radio Network.

FB ACT members will be alerted in a text message and an email notification. Members can then complete the action request by clicking on the link in the text message or the "TAKE ACTION" button in the email.

The action request will be live until Feb. 7, when the comment period on the proposed rule closes.

Lurkins said IFB wants to generate as many contacts with the agencies as it can in the one-month time frame. Other state Farm Bureaus and industries will be submitting comments, too.

"We want to make sure that people are aware and have the opportunity to shape something in the future," Lurkins added.

A U.S. Small Business Administration roundtable on how the proposed rule would impact farmers and small agricultural businesses is scheduled for Thursday, while EPA public hearings on the proposed rule are set for Jan. 12, 13 and 18. Lurkins said IFB plans to participate in those meetings.