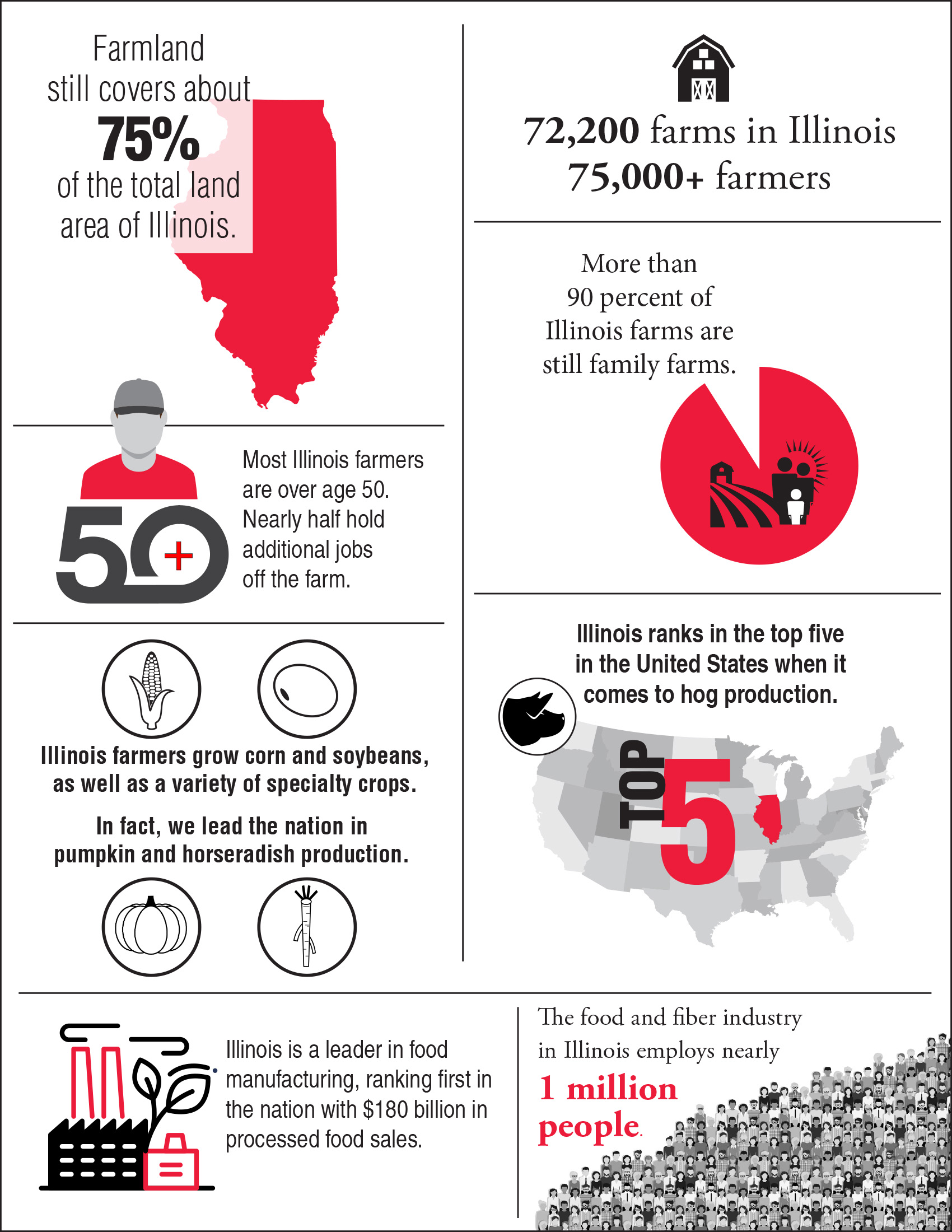 Agriculture has always been an important part of the Illinois economy. Although the number of farms continues to decline, farmland still covers about 75 percent of the state.

In 2017, the U.S. Department of Agriculture counted 72,200 farms in Illinois, with just over 75,000 farm operators. More than 90 percent of Illinois farms are still family farms.

Most Illinois farmers are over age 50, and nearly half hold additional jobs off the farm.

The state is consistently a national leader in both corn and soybean production, but Illinois farmers also produce a variety of specialty crops, often leading the nation in pumpkin and horseradish production. While livestock is not as common as it once was, Illinois also ranks in the top five in the United States in hog production.

Along with agricultural production, Illinois is also a leader in food manufacturing, ranking first in the nation with $180 billion in processed food sales. The food and fiber industry in Illinois employs nearly 1 million people.

Learn more about agriculture in Illinois below. 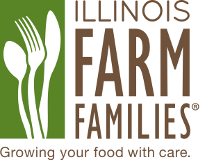