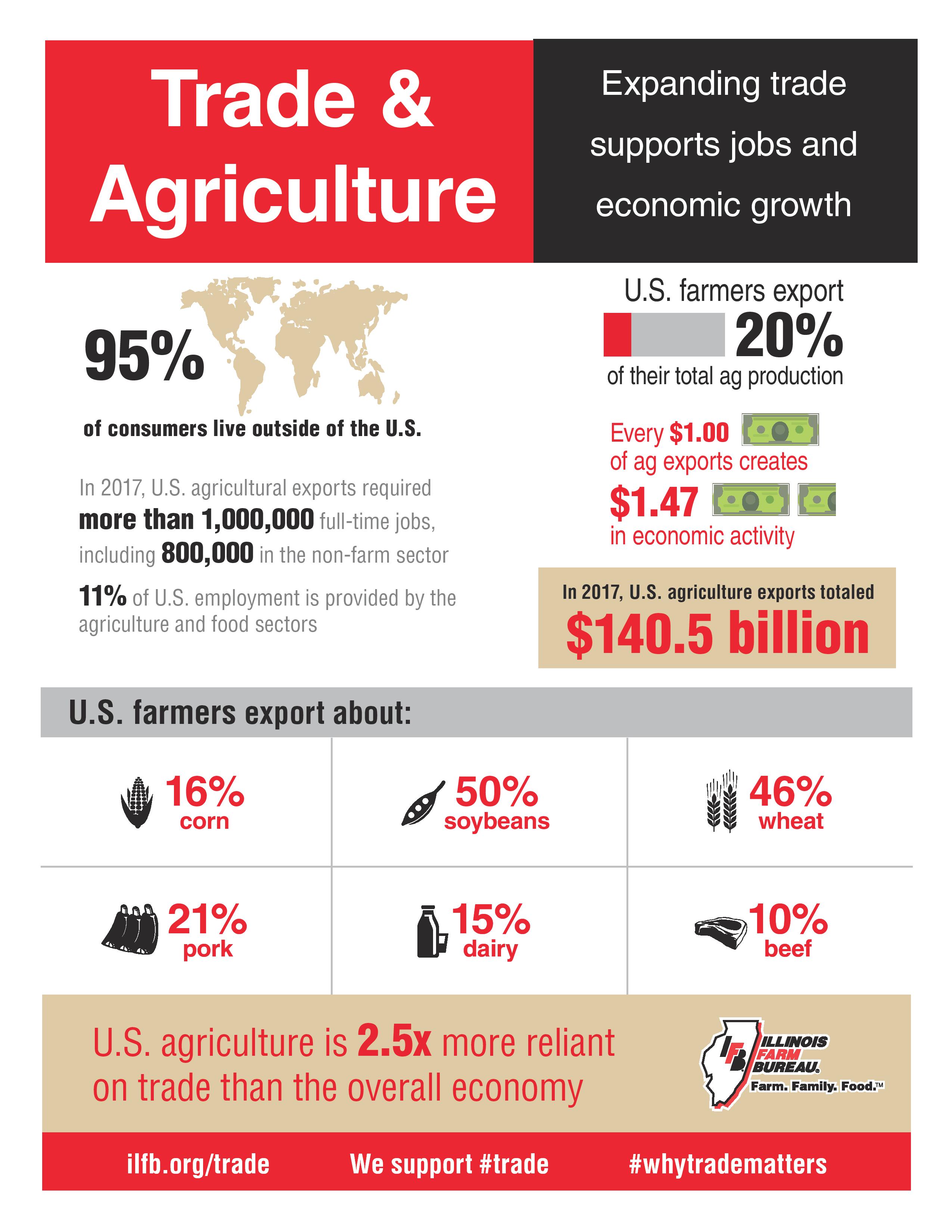 Seventy percent of U.S. adults see foreign trade as an opportunity for economic growth. Despite this majority, 25 percent of adults see increased exports as a threat to the United States despite significant data revealing the benefits of trade.

Trading of U.S. agricultural products has significantly grown in the past 20 years, with yearly exports increasing by $40 billion over the past 10 years.

The truth is that trade does not threaten the U.S. economy or jobs. Rather, it is an essential tool in improving quality of life and stimulating economic activity.

On a percentage basis, the U.S. has more arable land than populous nations like China, India and others. Moreover, every U.S. farmer grows enough food to feed 152 people. In fact, the high level of agricultural productivity in the U.S. makes agriculture 2.5 times more reliant on trade than the overall economy.

That's why maintaining policies that support trade is so important to farmers and other sectors of the economy.

The reality is that working-class Americans should trust trade to provide jobs, not take them away. For example, every dollar of agricultural exports stimulates $1.28 in business activity.

U.S. ag exports in 2016 required 1,097,000 full-time jobs, including 764,000 jobs in the non-farm sector. Exporting U.S. agricultural goods like corn, soybeans, beef, cotton, pork and wheat provides jobs for farmers but also a multitude of other businesses.

Free trade is a way to incentivize other countries to buy U.S. agricultural products over those from our competitors. Free trade also benefits U.S. citizens because it provides lower prices and more choices of many goods and services.

Free-trade agreements in which the U.S. is a partner include:

Agriculture has had a trade surplus each year since 1959. In the years since 2010, agriculture exports have averaged nearly $140 billion, with imports being near $100 billion.

With growing public concern about the United States' overall trade deficit, agriculture is a reliable exporter that should be incentivized and encouraged. The best way to ensure that agriculture maintains a trade surplus and continues to support the economy is to expand and protect free-trade agreements. Implementing trade policies that are advantageous to both the consumer and the farmer are extremely important to Illinois Farm Bureau. IFB and other partners in agriculture are strong supporters of free-trade agreements, including NAFTA, the Trans-Pacific Partnership, the Transatlantic Trade and Investment Partnership, KORUS, and others.