Let’s Talk About: Trade with China 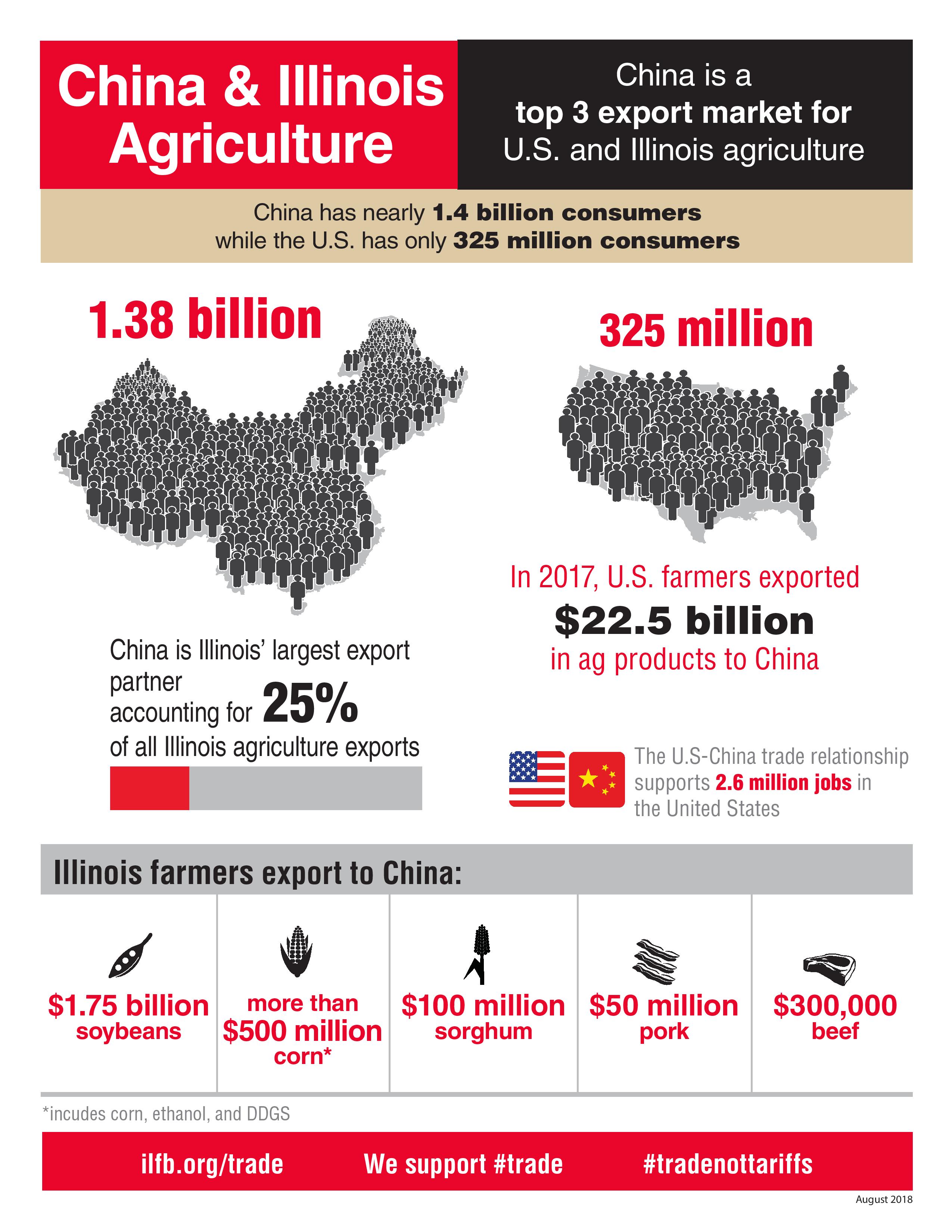 The current U.S. trade dispute with China is frustrating for rural America. Standing up to China is taking a toll on the U.S. agriculture industry, and the costs are great.

The U.S. relies on China for labor-intensive, everyday goods, while China relies on the U.S. for land-intensive raw products.

Despite the trade deficit, trading with China still benefits the U.S. economy. The U.S.-China trade relationship supports roughly 2.6 million jobs in the U.S. According to the U.S.-China Business Council, U.S. exports to China are expected to rise by more than $520 billion by 2030.

With China’s growing population, the United States should be seeing China as an opportunity and not an enemy.

China has been the U.S.’s top agricultural export market outside of NAFTA since 2009. This trade relationship provides a demand for commodities such as soybeans, cotton, hides and skins, fish, dairy, sorghum, wheat and pork. Without China as a trade partner, American farmers' prices and farm income would be down. Moreover, the price of consumer goods sold in the U.S. would increase.

In late 2017, trade tensions between the Trump Administration and China escalated. In the resulting tit-for-tat trade threats, China targeted agriculture. Among the 134-item tariff list, 94 are agricultural in nature. Major agricultural products placed on this list to face a minimum 25 percent tariff include soybeans, sorghum, distiller’s dried grains with solubles (DDGS), beef, cotton and others. Pork faces a tariff of more than 50 percent. Many of these commodities are heavily reliant on China trade, particularly soybeans.

Because China has a large presence in Illinois, damaging the U.S.-China trade relationship will be a major setback for Illinois agriculture. Because Illinois produces three out of the top four commodities exported to China, Illinois will be especially impacted by the tariffs. These products are soybeans, sorghum and pork. In fact, 30 percent of all Illinois soybean exports go to China, and 93 percent of all Illinois sorghum exports go to China.

Once U.S. loses China as a trading partner, the relationship may never be repaired. The U.S.-China relationship is one that Illinois cannot afford to lose.