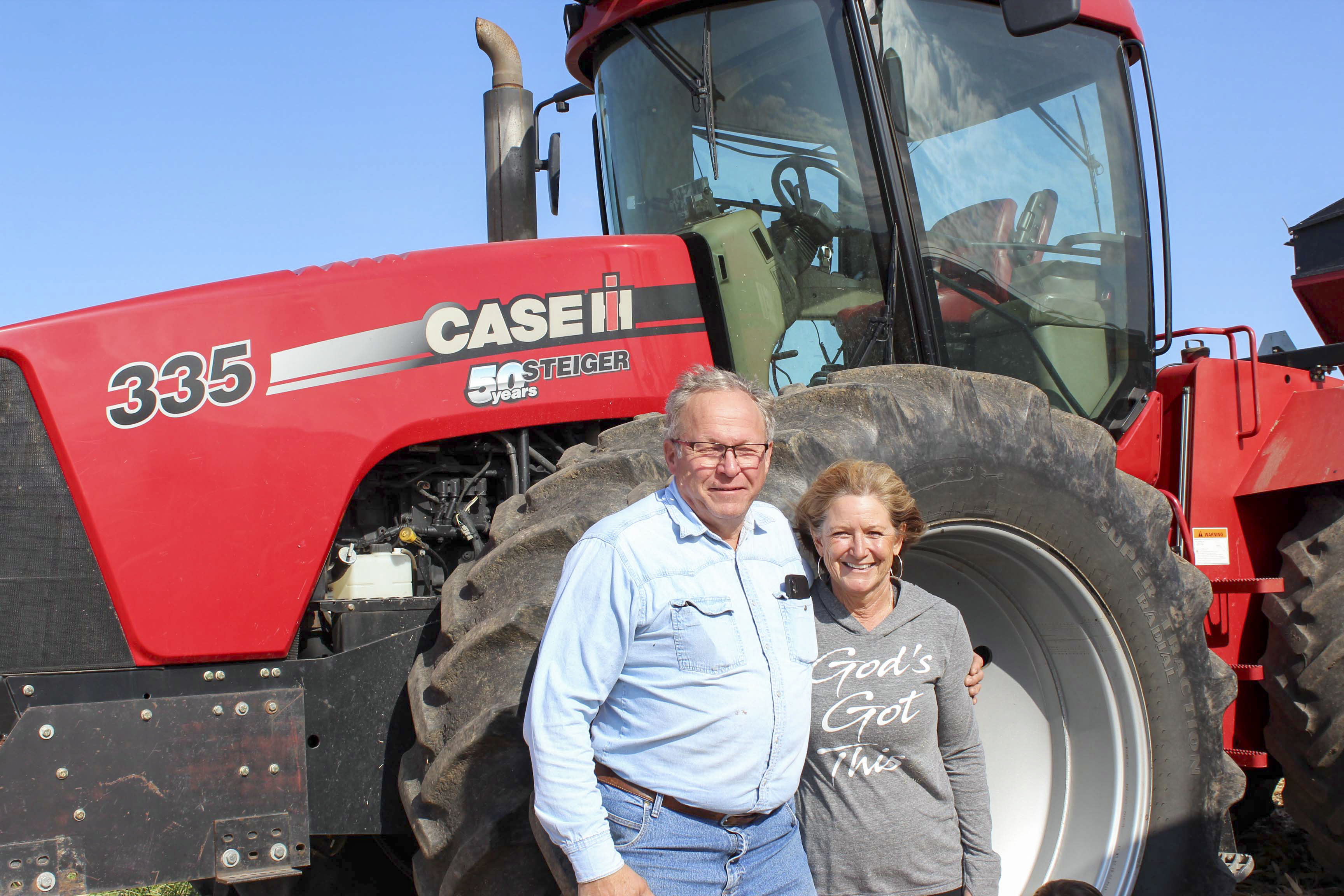 A farmer field trip host and educational exhibit fabricator, and a dynamic mother-daughter duo who support lessons countywide will be honored by Illinois Agriculture in the Classroom (IAITC) as volunteers of the year.

McLean County farmer John Olson, Bloomington, and Alvera Bardon and Barbara Bockhaus, both of Quincy, were selected for their years of service to agriculture literacy. IAITC will honor them during the Illinois Farm Bureau Annual Meeting in Chicago.

“It’s important that all of our kids have information to make good decisions as adults, and being informed about agriculture is an important part of that,” Olson told FarmWeek.

Olson first became involved with ag education as a Young Farmers committee member 40 years ago. He went on to help host farm field trips for hundreds of fourth-graders.

Olson’s wife, Linda, said seeing all the work her husband has done to ready the farm for young visitors and his other AITC efforts “made me appreciate our (Farm Bureau) volunteers even more.”

Olson also helped found a local ag education committee that created an interactive educational ag exhibit at the McLean County Fair. The exhibit was honored by the American Farm Bureau Federation and a national fair organization. Olson built several of the hands-on exhibits.

“We appreciate all of the hard work and creativity John has contributed over the years. He helped us put a lot of ideas into action and built some really neat exhibits to bring learning about agriculture to life,” said Bridget Caldwell, McLean County AITC coordinator.

“The connection between farmers and our consuming public is as important as ever,” Olson said. The Farm Bureau received reports that the county’s ag exhibit has made an impact. “I’m very proud,” he added. 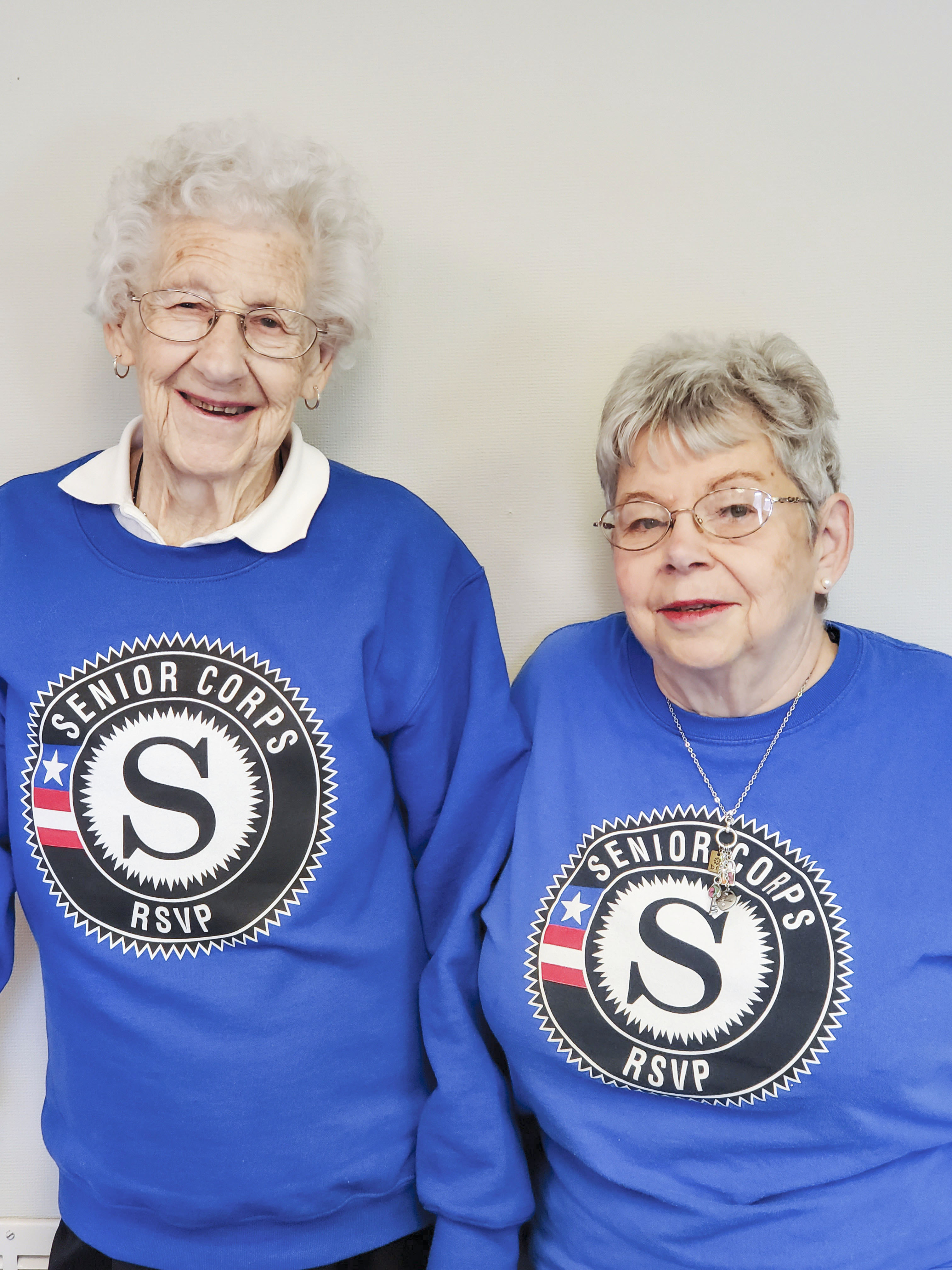 In Adams County, Bockhaus and her 99-year-old mother, Bardon, provide a support system supreme, freeing Robin Thomson, the multicounty AITC coordinator, from many hours of prep work. Neither Bockhaus nor Thomson were sure how many years the mother-daughter duo have volunteered for AITC, except that they worked with two of Thomson’s predecessors and have helped her since December 2014.

When asked to explain how they help Thomson, Bockhaus jumped into details: “We popped 130 bags of popcorn. We usually pop so many bags in vegetable oil and so many in coconut oil.” The educational goal is to have students taste the difference, but the expert “popper” admitted she can smell but not taste a difference.

For three hours every week – even during the summer, Bockhaus and Bardon complete a list of items Thomson needs for lessons that week. Their tasks may range from cutting up ingredients, such as bell peppers, for a pizza lesson to prepping items for cream and from organizing snacks in small bags to cutting out paper objects.

“Robin (Thomson) puts out a list (of needs), and we go down the list and just do them,” Bockhaus said.

“They’re very dedicated,” Thomson added. “Anything I can prepare ahead of time to pass out or sort for the kids, these ladies have helped with. They always show up with helpful smiles and willing hearts to do anything for AITC.”

Thomson keeps busy. In the 2018-19 school year, she provided 9,055 students with hands-on activities. During the Adams County Fair, more than 1,700 visitors joined craft activities with items prepared by Bockhaus and Bardon.

While AITC consumes many of their volunteer hours, the mother-daughter duo also volunteers for other groups and organizations. In fact, Bockhaus was preparing to ring a bell for the local Salvation Army Red Kettle Drive.

The two women know firsthand about the importance of their AITC work, according to Thomson. Bardon’s great-grandson is a student in one of the classrooms that Thomson visits. The great-grandmother has suggested to Thomson that his class needs a pizza lesson, she said with a chuckle. “I tell them (students), ‘My volunteers put all these together.’”